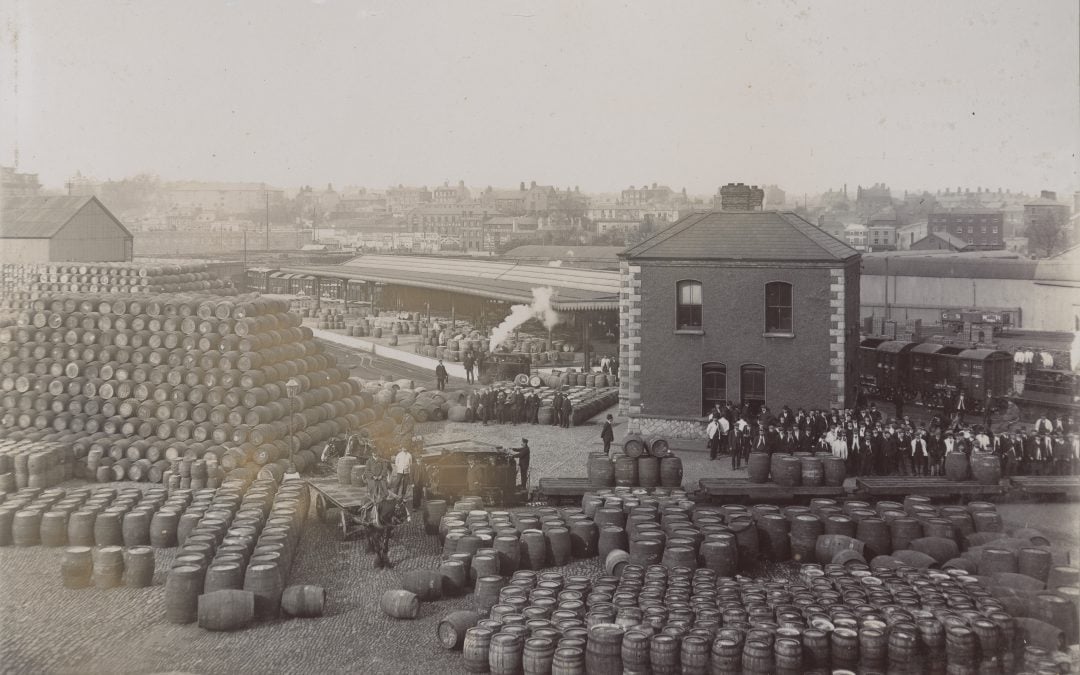 That’s the work of Flann O’Brien. Flann, of course, does not exist. It’s the pen name of celebrated writer and Irish icon Brian O’Nolan (1911 – 1966). And in “The Workingman’s Friend,” he penned a paean to that epitome of Irish drink: Guinness.

Guinness was created in 1759 by one Arthur Guinness. Young Arthur, you see, had been brewing ales and beers at home in County Kildare, using the 100 pounds he inherited from his godfather. After a modicum of success, he decided to try his hand at larger markets, and set out for Dublin. He found a disused property at St. James’s Gate, which since the Middle Ages had been the western portal into Dublin proper. Seeing promise, and flaunting his Irish luck, young Arthur signed a 9,000-year lease on the heap.

Yes. 9,000 years. For £45 a year. That only ended decades later when Guinness (the company) finally bought the property. 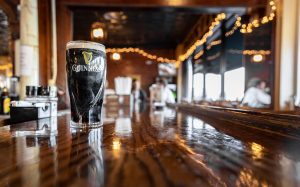 Annually, Guinness sells around 220,000,000 gallons of delicious stout across the globe. And there’s much about the malty stuff that many don’t know.

Despite its color, Guinness isn’t really that heavy. It has around the same calorie count as a Miller Genuine Draft, and only slightly more than a Bud Light. And that color is deceiving. Guinness gets its wonderful flavor from roasted malt, and that malt makes its true color a magnificent ruby red.

Guinness has also long been a company of firsts. Arthur’s brewery in Dublin had its own water source, its own railway, and generated its own energy. In 1893, they hired a promising young cricketer named Thomas Bennett Case. Case was an honors graduate of Oxford, and established the Guinness Research Laboratory. In 1899, they hired a chap named William Gosset. He was a statistician who ran quality control programs. Much of his math and formulas are still taught for students of testing methods.

Guinness was also one of the first companies in the world to create an employee benefits package. By 1868, the Guinness Brewery at St. James’s Gate had its own cooperage to make barrels, its own fire department, employee restaurant, and hospital. In 1928, just before the Great Depression sent the worldwide economy into a blather, employees of Rupert Guinness (the fifth generation of the family to helm the company) received full medical coverage, dental coverage, a full pension, and two free pints of the plain with every shift. 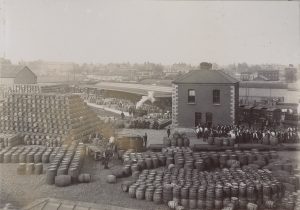 The Guinness Book of World Records? The brewery. In 1951, the director of the Guinness, one Sir Hugh Beaver, was out hunting with his mates. Everyone bagged a golden plover except him. Later, at the pub, Beaver averred, “The Golden Plover is the fastest bloody bird in Europe, and that’s why I’ve missed them all day.” His friends doubted his claim, and he established The Guinness Book to settle future such pub disputes.

Which brings us back to The Workingman’s Friend. A proper pint of dark porter stout beer from Guinness became so ubiquitous in Ireland, that to order one, you simply walked into a pub and said, “Give me a glass of The Plain.” Everyone knew you meant a Guinness.

Not everyone is a fan, though. When Guinness began shipping its magical elixir to other shores, British drinkers had a bit of a slog getting through a pint. To transport it, Guinness created its “Export” label, which is a bit more… well… bitter. Pubs would mix it with a smoother lager, like Harp, to create a “Half and Half.” A similar mix is the “Black and Tan,” which mixes Guinness with Bass Ale.

Now, many an Irishman would greet you with curses for ordering a Black and Tan. During the Irish War of Independence, soldiers fought against home rule. Most of them were recruited in Great Britain, and wore khaki uniform pants and black jackets. A rather nasty lot, they were referred to as the “Black and Tans.”