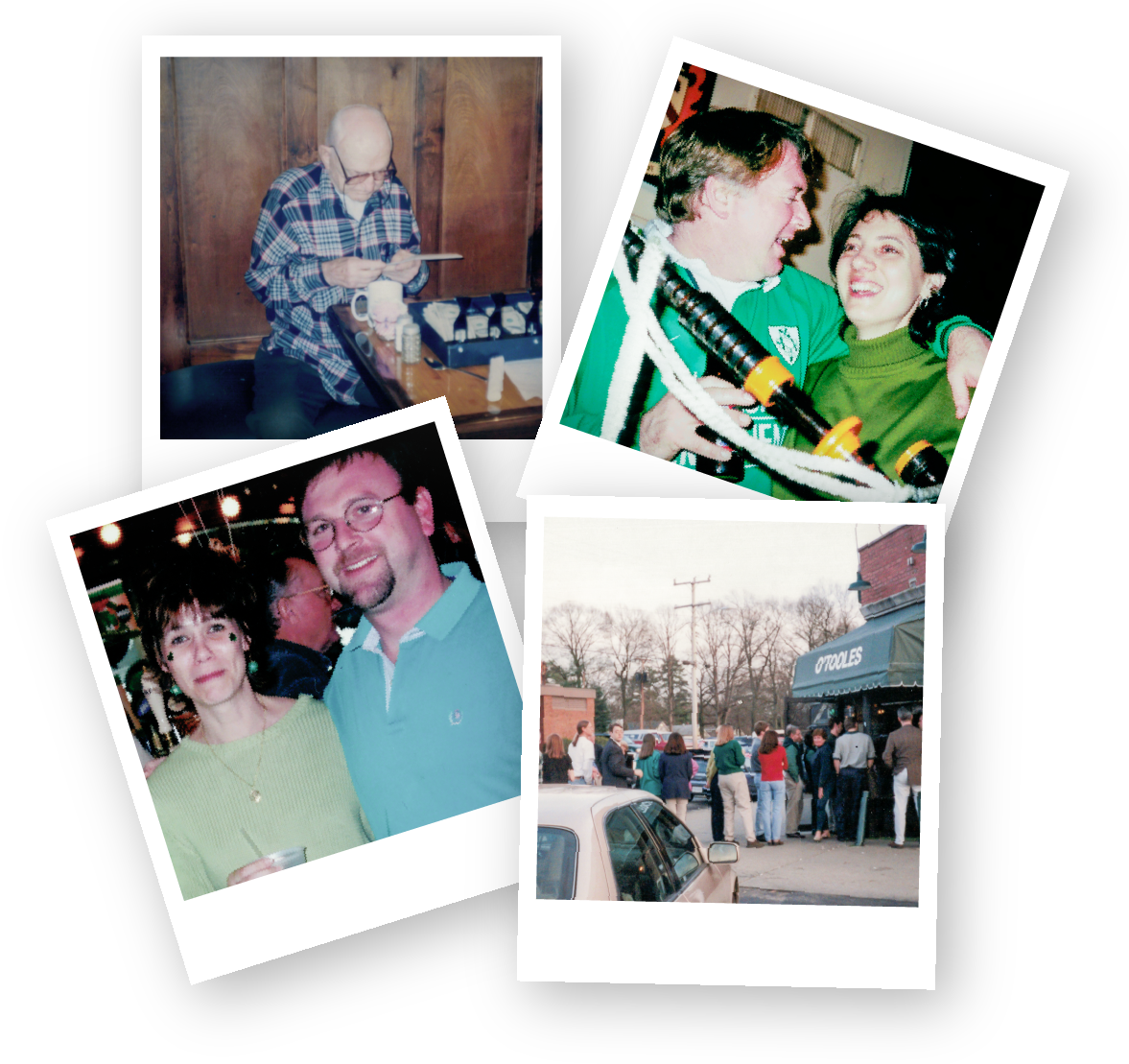 To understand the story of O’Toole’s, you have to go back to the Old Sod…

The O’Toole family came to America from Ireland in 1920. Their first son, Jim, was born shortly thereafter. As a young man, he met a strong-willed, red-headed first-generation American woman from Irish roots named Marie, and he married her, making a home in Western Pennsylvania. They filled out their family with four sons: Jimmy, Bill, John, and Tom.

Jim O’Toole supported his family as a traveling salesman, and often found himself in the sleepy Southern town of Richmond, Virginia. Back in Pennsylvania, he and Marie were the backbone of their community, feeding and hosting any neighbor that needed a hand. Jim decided to expand on that, and open a restaurant, and thought that Richmond would be the place to spread that Irish Charm.

The Richmond of today is nothing like that of 1966, but O’Toole’s is still a family affair with strong Irish roots, proudly run by John and Tom O’Toole – just as Jim and Marie envisioned.