Getting Real with St. Patrick 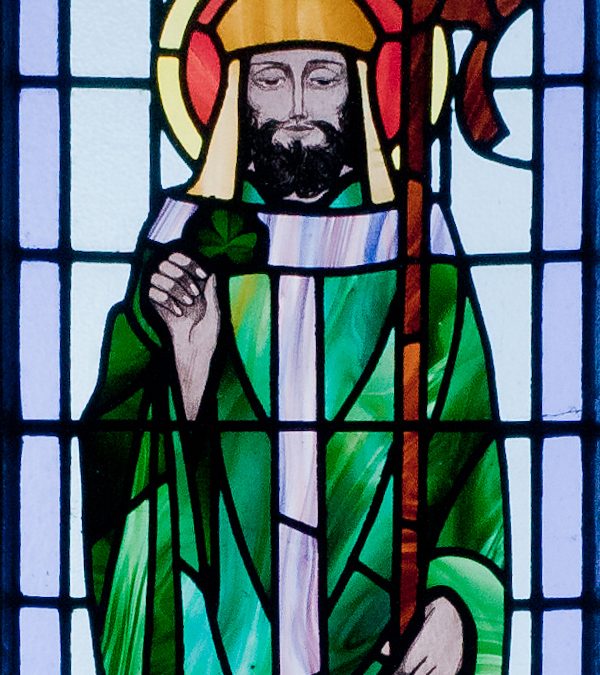 …Except that’s mostly all wrong.

There was indeed a real “St. Patrick,” we celebrate in his name on March 17th of each year, and he’s the patron saint of Ireland. But let’s meet the real St. Patrick.

Most of what we know of St. Patrick and his life comes from two things he wrote: “Epistola” which is Latin for “Letter to the soldiers of Coroticus,” and “Confessio,” which is Latin for “Declaration.” “Declaration” is seen as a sort of autobiography, and in it he refers to himself as “Patricius” – a sort of take on “pater familia” or head-of-household, but in his case, “Father of Citizens.” The anglicized version of Patricius is “Patrick.” He wrote in and took a Latin name because he wasn’t born in Ireland…

Patrick was born in Roman Britain sometime in the early fifth century. At the time, the Roman Empire included almost all of England, Scotland, and Wales. With all of the Roman centurions walking around, Latin was a pretty popular tongue. The Romans had also broadly adopted Christianity by that point, and Latin was the official language of the Church. Patrick’s grandfather, in fact, was an important priest. His father was an important Church deacon, but young Patrick wasn’t really into religion at that point.

That changed when Patrick was a young teenager. In “Declaration,” he tells of being kidnapped by Irish pirates, taken across the sea, and forced to tend livestock. Being forced into slavery brought young Patrick a reckoning, and he began to pray for his release and developed his relationship with God. After six years, a voice told him to get out of Ireland, so he managed an escape, found a captain willing to take him back across the sea, and made the arduous journey back to his family and home.

When he got back to Britain, he began to really study Christianity, and after a few years, had a vision. A man appeared, and handed him a letter. The letter said, “The Voice of the Irish.” His job, it seemed, was to walk among the heathen Irish and spread the word of God. So he made his way back to Ireland and began his work as a missionary.

While not everyone embraced Patrick, he writes of baptizing thousands of people, including the wealthy and royal families. He started monasteries, and founded churches. When we see images of St. Patrick, he’s often shown with a three-leafed clover. Most of the Irish, at the time, were pagans and druids, and the number 3 had a great deal of significance for them. Patrick used the three leaves of the clover to illustrate that they weren’t wrong, per se, but that the “Three” illustrated the Holy Trinity: Father, Son, Holy Ghost…

The clover, by the way, is not a “clover.” It’s a Shamrock. It’s like the difference between a cucumber and an eggplant. A shamrock is a specific type of clover native to Ireland, and the name comes from the Irish “seamróg.” Now you know.

What about the snake thing? The first time we hear about it is about 400 years after St. Patrick’s death, when a guy named Gerald of Wales tells of Patrick ridding Ireland of all the venemous slithery things. But Gerald was himself a bit skeptical. Some say the tale is a parable to a Bible story of Pharoh’s magicians turning the staffs of Moses and Arron into serpents. Whatever the case, modern science says that there’s no archaeological evidence or fossils that show snakes ever lived in Ireland in the first place.

And why March 17th? Most writing puts the death of St. Patrick somewhere between 490 and 520 AD. But folks are in agreement that it was a 17th of March. In addition to spreading Christianity, Patrick became a sort of folk hero – a unifying figure for the Irish. For centuries, the Irish – both at home and abroad – have held feasts in his honor. He’s celebrated by Catholics, Lutherans, Episcopals, and Anglicans. And while he’s never been officially canonized by a Pope, and as such is not really a “Saint,” he’s considered the Patron Saint of Irish men and women around the world.

So the next time March 17th rolls around, and you want to dress in green, wave your shamrocks, and act the fool, take a second and think about the REAL St. Patrick – the man from England who brought the Irish their identity.